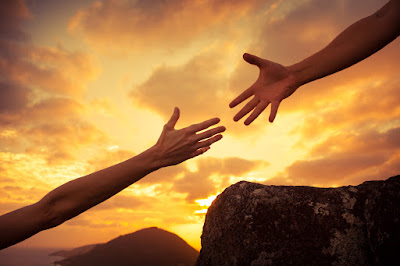 It seems that everyone has an agenda on social media. Our feeds tell people who we are and what we like or don't like by the things we post and what we share. Our social walls are living testaments, touting our beliefs, opinions, and priorities. Much of it is important and valuable, but some of it is often harsh or rude. If we view life through an eternal lens, we see that most of it has little to do with caring for other people.
Yet, Jesus, Paul, and the apostles emphasized that the most important thing that will matter on Judgement Day will be how we treated people, including how we spoke to them or about them (Matthew 12:36-37). Even if one claims to be a Christian, but does not habitually treat others with respect and kindness, they are not abiding in Christ and become like the branches that bear no fruit and are cast into the fire (John 15:6). Jesus was not harsh to the unconverted sinner. He knew their unregenerate souls were doing what came naturally, and therefore had compassion on them and told them to repent. He was hardest on those who should have known better concerning their lack of faith and love: the Pharisees, Scribes, disciples and even his followers (Matthew 7:5, Matthew 17:17, Matthew 23:13-36, Mark 12:40, Luke 24:25).
We see His great command to love one another play out in the parable of the Good Samaritan. It is a unique story with a twist as to how we mortals would expect it to unfold. I’ll paraphrase the parable in a setting that hits closer to home to give an idea of the seriousness of this command to love one another sacrificially. (For the sake of this story, imagine the setting in a time and place with no phones or medical facilities nearby):

One day, an American man is robbed, beaten and left for dead in a back alley in a rough section of town. Along comes a priest and then later a deacon. They can easily see the man from inside of their cars, but they both keep driving and pretend not to see. Maybe they’re afraid of being hurt and robbed themselves. Maybe they’re in a hurry, or they think the injured man will get blood on their clothes and cars. Whatever it is, they don't stop because they know it will cost them something.
But then along comes a man of Middle Eastern descent. He stops his car and administers first aid and then carries the man to his vehicle and drives him to a motel. Once inside the room, the Middle Eastern man continues to care for the injured man’s wounds. He puts him to bed and then spends the night watching over him. In the morning, he pays the motel manager two hundred dollars and asks if he would check in on the victim. Then he says, “Whatever else you spend on his needs, I will pay you next time I come to town.”
Now here’s the kicker. Not only did the two men whom we expected to help the man, not do so, but the people of Middle Eastern descent and the American people often hate each other. Yet one enemy is helping the other to the point risking his life and sacrificing his time, reputation, and finances.
In the story told by Jesus, the Samaritans (the Middle Eastern man in this story) were despised by the Jews (the American man in this story), so much so that to be called a Samaritan was a horrible insult. Jews and Samaritans did not mingle, and yet here Jesus takes the despised one and makes him out to be the hero who rises above bigotry and prejudice and shows compassion to his fellow man. When Jesus said love your enemies, he didn’t say, “Only if it’s easy or convenient.” He said, “Now go and do the same.” We aren’t to pick and choose who is worthy of our compassion, kindness and respect.  This is radical love. A love that we can only live out by the power of the Holy Spirit.

So go and do the same. Your neighbor is the person close to you at any given moment. Your neighbor is about proximity, not personality. This story is also a picture of how much Jesus loves us. He stoops down and reaches out to broken hearts and broken men and women to heal their hurts and save their souls. He is the Great Physician and Lord of all who wants to give us new life, if we would only turn to him, believe on him, and ask him to save us (Romans 10:9-10, 13).

Posted by Carol McCormick at 8:02 PM