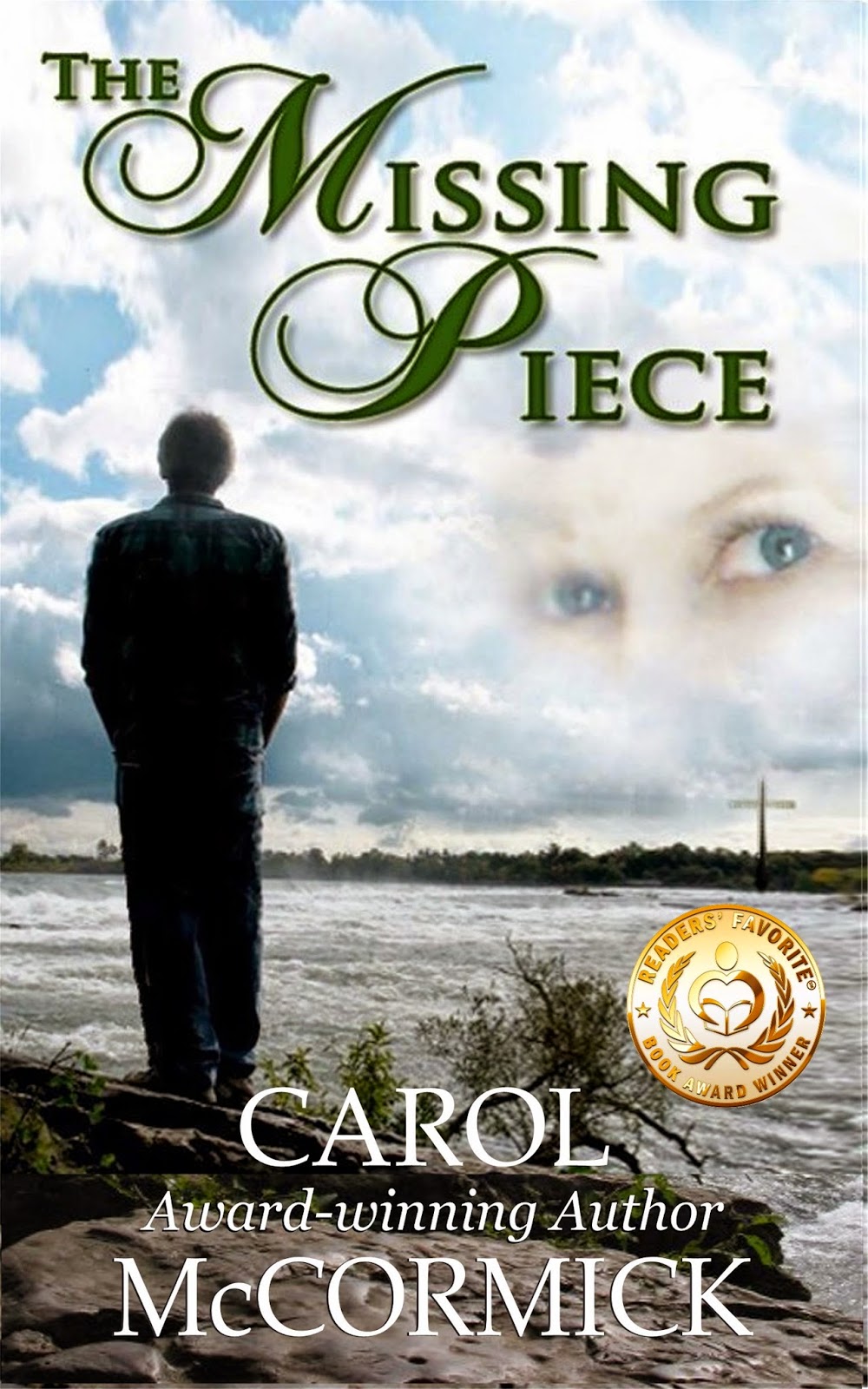 "Fresh dialogue, realistic characters, a powerful message. McCormick does a great job creating her characters and portraying the struggles they endure," The Romance Readers Connection.

How does a man pick up the pieces when his world crashes around him? Misplaced priorities shattered his marriage. Problems almost crushed him. Love motivated him to mend the damage, once he found all the pieces.

After only a few months of marriage, Lorraine left Dylan on a wintry night after he'd spent one too many nights out with the guys. Unable to cope with the loss, Dylan escapes the painful feelings by drinking them away. This decision costs him a year-and-a-half of his life after he stops in a little mountain town and ends up in the local jail. When he's released, he returns home in search of a job to get his life—and his wife back.
The Missing Piece is not only a love story about a man who loves a woman, but is also a love story about a merciful God who loves mankind, even when he falls. The novel is an emotionally-charged journey of hope and redemption with a touch of spunk, a hint of humor, and a few twists along the way.
Posted by Carol McCormick at 8:17 PM